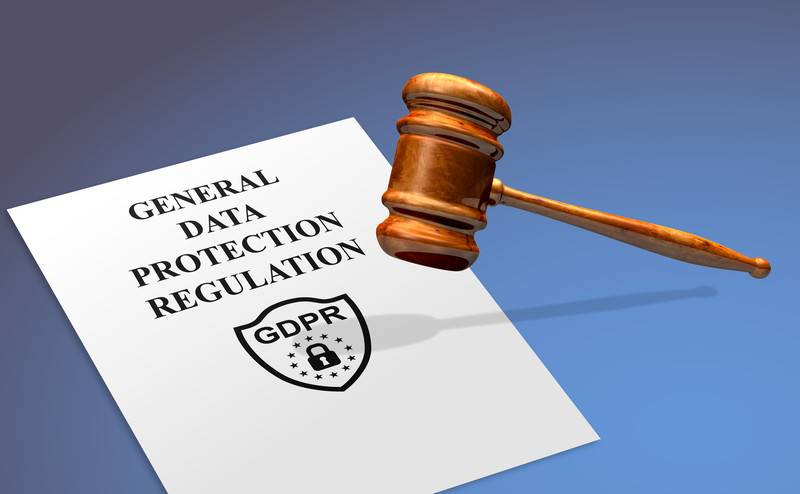 The GDPR is now over 14 months in operation. This blog post offers some thoughts on GDPR a year on. It is still a little early to have any kind of truly substantive analysis of the effectiveness of the Regulation to date. A difficulty that immediately surfaces is how to quantify its effectiveness. What is an appropriate measure or barometer of its effectiveness? Fines speak to enforcement, but without the specific details, little can be extrapolated, even in a general context.  If the level of fines is taken as a metric, does it mean that as fines rise the regulation is simply being enforced more? Do the increasing fines mean that the overall level of compliance is dropping?  It could be that fines are increasing because more organisations are, and in some cases choosing to be, non- compliant.

In any sphere of regulation there will always be a non- compliant percentage. Therefore, it does not follow that there is a direct relationship between fines and non- compliance. In other words, it does not mean that as fines go up, the level of non- compliance is also going up.  Fines are always going to be imposed as a deterrent, even in situations of high percentages of compliance. Some organisations that are being fined may be repeatedly and stubbornly non- compliant.  Any increase in reported data breaches that leads to the opening of an investigation may conclude with the imposition of fines. 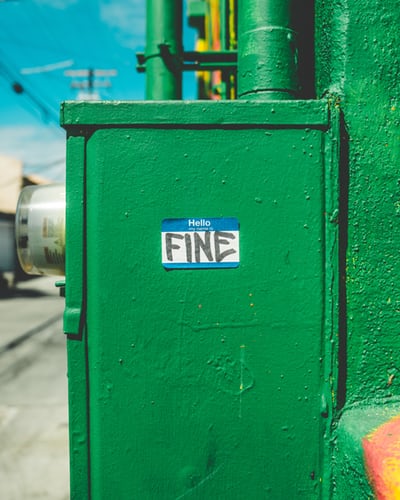 Are regulators to go on ‘fishing expeditions’ to fine some high profile organisations? There has always been talk of the DPC and other regulators planning to go for some ‘low hanging fruit’ in the early days of the GDPR. Most experts put financial services in this category. No evidence of this has been found so far. In the case of undertakings, fines can reach 2% or 4% of global turnover, depending on the infringement.  So far, companies have been spared the harshest penalties that can be meted out. This is likely to change, according to the regulators across the EU.

In the lead up to the Regulation’s introduction, the general strategy of Supervisory Authorities (SAs) was to educate the public and organisations. It was the consensus amongst SAs that education was the best mechanism for regulation preparedness. Ignorance of the law (regulation) is never an excuse and so an EU wide focus was on promoting education on the regulation.  ‘GDPR Awareness-building’ was the process chosen to direct the education mechanism. The ultimate goal was to foster and nurture compliance with the new regulation, and develop a culture of compliance over time.  The general public was to be made aware of rights, and organisations were to be made aware of obligations and responsibilities.  A thorough understanding of the core principles of transparency and accountability was highlighted as a mandatory requirement for competent data controllers and processors. 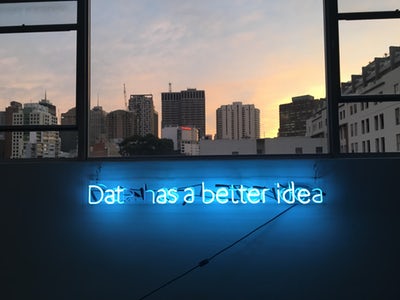 What has been happening since the introduction of GDPR?

In a previous blog, we examined some stats. from the DPC’s first annual report, post-GDPR. Most noteworthy was the number of data breaches adding to a total of 3,452. Perhaps this should not be surprising. What was surprising was that out of this total number of breaches, the largest category was ‘Unauthorised Disclosures’, but the fines did not seem to follow.

The French regulator, Mathias Moulin, emphasised that the first year of GDPR should be considered a ‘transition year’. Transition year or not, early numbers for the GDPR make clear that the policy has been a success as a breach notification law, but largely a failure when it comes to imposing fines on companies that fail to adequately protect their customers’ data. Stephen Eckersley, the head of enforcement at the U.K. Information Commissioner’s Office, said the U.K. had seen a “massive increase” in reports of data breaches since the GDPR’s implementation. In June 2018, companies self-reported 1,700 data breaches, and Eckersley estimated that the total will be around 36,000 breaches reported in 2019, a significant increase from the previous annual reporting rate of between 18,000 and 20,000 breaches”. See,https://slate.com/technology/2019/03/gdpr-one-year-anniversary-breach-notification-fines.html

Other reports give more information on GDPR to date . There were 89,000 data breaches recorded of which 37% are still pending investigation or penalties. 65,000 data breaches were reported to the European Data Protection Board. In the first 8 months of the GDPR nearly 60,000 breaches were reported across Europe. (Law firm DLA Piper).  Google was hit with a €50million fine for not making it clear to users how it was harvesting data from its own search engine, YouTube and Google Maps. This penalty was the largest and was issued by the French Data Protection Authority (CNIL) in January against Google. It was related to a lack of transparency, inadequate information and a lack of valid consent regarding the personalization of the ads.

French authorities had received complaints abourt  Google’s handling of personal data. CNIL, the relevant authority, found that the structure of Google’s privacy policy and terms and conditions were too complicated for users, and the use of pre-ticked boxes as a consent mechanism did not establish a legal basis for data processing to deliver targeting advertising. It is helpful for a better understanding of the fines regime to look at the broader context of the  Google fine more closely. 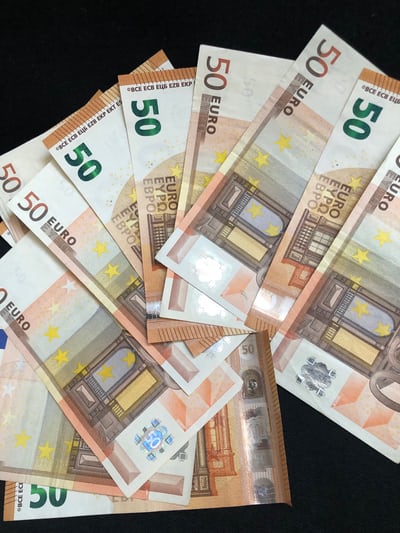 The French regulator cited Google’s failure to centralize essential information on one page, and its process requiring users to go through “up to five or six actions.”Google’s penalty accounts for nearly 90% of the total value of fines levied to date. But it had the potential to be much larger. In 2018 Google reported nearly $136.2 billion in revenues. Therefore, the 50 million euro fine represented approximately .04% of revenue, far from the 4% potential penalty. (Above 2 paras. from https://blogs.thomsonreuters.com/answerson/gdpr-one-year-us/) Compared to the Google fine, other fines levied by European national data protection authorities (DPAs) have been considerably smaller. For example, in March 2019 the Polish DPA announced that it had fined a company approximately 219,000 euros for failure to inform six million individuals that their personal data were being processed. Also, in March 2019, the Danish DPA fined a company approximately 161,000 euros for holding on to personal data longer than allowed under GDPR. (from the  same source directly above)

Outside of the Google fine, the penalties thus far have been so small that many are anxiously awaiting the next whopper of a fine. Irish and UK authorities have hinted that a large fine is coming. (Todd Ehret, Thomas Reuter’s, May 22, 2019). GDPRXpert has previously reported on Facebook’s difficulties with the office of the DPC here in Ireland, and ongoing investigations seem likely to conclude with large fines being meted out. See also GDPRXpert’s blog post, https://www.gdprxpert.ie/more-problems-for-facebook/ 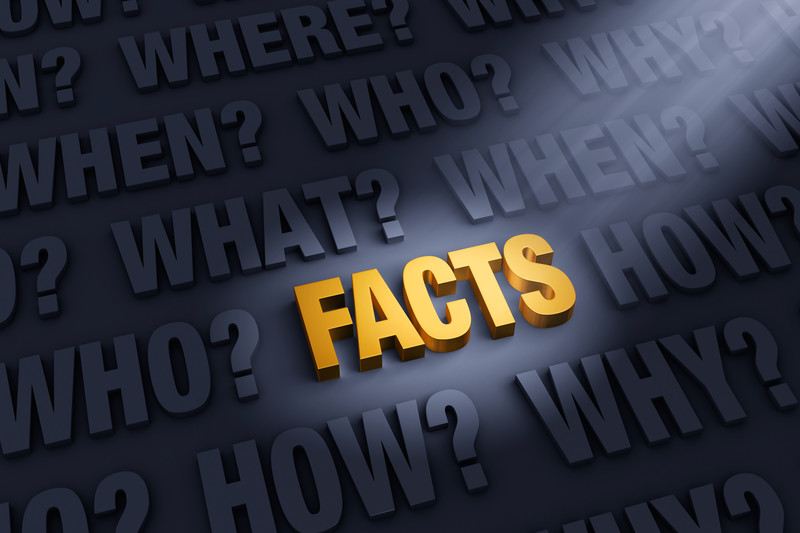 It is somewhat surprising that, despite the awareness building campaign by all SAs, a European Data Protection Board survey found in May 2019 that;

This result represents an increase of about 20% from a 2015 Eurobarometer. It is a disappointment that it is not higher, considering the cost, the scale and the scope of the campaigns in all Member States to educate citizens, prior to GDPR. Many people question whether the message of GDPR was communicated in a properly measured manner, before the introduction of the legislation.

Some stats from the 6th annual  Privacy Sweep conducted by the Global Privacy Enforcement Network (GPEN)  reaffirm the veracity of the results above. Data protection consultants, GDPRXpert.ie have included elements of this in a published blog post.  Data protection authorities from around the world participated, and in the last sweep GPEN aimed to assess how well organisations have implemented accountability into their own internal privacy programmes and policies. One goal was to establish a sort of baseline of an organisation’s compliance with data protection. This was the brief for the DPC, as their input was targeted at randomly selected organisations in Ireland. 30 organisations across a range of sectors completed a suite of pre-set questions relating to privacy accountability. Because the sweep was done in the last quarter of 2018 only preliminary or provisional results are available to date of report (DPC Report, 2018).

Preliminary results include the following:

Is There Still a Wait and See Approach?

Businesses and organisations have reacted to the GDPR in their own way, depending on what they view as their individual exposure. There is no doubting the cost-benefit analyses done by some companies to quantify the potential fines v. the cost of compliance measures. This is especially so for companies that have no presence in the EU but fall under the GDPR by virtue of Art. 3. Most companies are taking a proactive approach to dealing with the new realities of personal data protection. Possibly, because many of the fines to date have been nominal compared to what they could have been, there are some companies that are waiting to see what the supervisory authorities in each EU member country are going to do. The prevailing wisdom is that fines will be going up as regulatory actions play out. https://www.scmagazine.com/home/security-news/evaluating-the-gdpr-experiment

At the moment businesses and organisations are looking at the possibility of larger fines being imposed. Many are waiting to see if there are any trends emerging or are particular types of businesses being targeted.  So far, it seems only the very big companies have been targeted by the office of the DPC here in Ireland. Anecdotal evidence suggests smaller businesses do not see themselves as being on the DPC radar. The perception is that the DPC has too much on their plate and ‘bigger fish to fry’. Smaller businesses may very well fly under the radar for a short while longer.  However, one can assume, partly because of the prolonged bedding in period for the regulation, by the time the DPC gets around to some smaller fish, a high level of compliance will be expected. At that stage, no excuses are going to be accepted in any defence of non- compliance.

What is Likely to Happen in the Next Phase?

In the DPC Annual Report 2018,  there were  2,864 complaints, of these the largest single category was in the category ‘Access Rights’ with 977 complaints, or a little over 34%of the total. Here is a warning flag for businesses. All of these complaints have the potential to trigger an associated investigation by the DPC into an organisation’s compliance with the GDPR.  At least initially, it is believed supervisory authorities will take a more cautious approach to levying the harshest penalties, says Peter Milla, the data protection officer at Cint, a provider of consumer data sets to market researchers around the world, with global corporate headquarters in London.

“What’s going to happen is the regulators are going to come in to see if you have a compliance program but they’re going to be very lenient,” he says. “They’re obviously not going to put small companies out of business because there’s a political component here but they will fine. They’re going to be commercially reasonable. The Germans are probably going to be the harshest, Milla says.

One thing that has been forecasted is that there will be greater enforcement. Regulators across the EU have significantly increased staffing levels and it is logical to expect greater enforcement as a result.   Another expected development is that increasingly educated and ‘GDPR conscious’ consumers will drive data protection and privacy by design. The same consumers will be attracted to businesses and organisations that are seen to respect their data protection and privacy rights. A lack of either a Privacy Notice or a Privacy Statement is a clear indicator of an organisation’s clear disregard for the core principle of transparency. What is such an organisation doing with your personal data? That is anyone’s guess.